History of the United States: Writing a History Research Paper 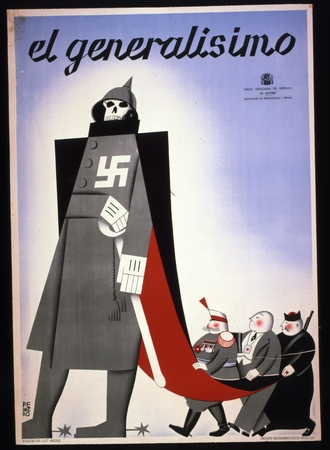 Gigantic robotic general (Franco) as Death personified with three smaller figures carrying the train of his cape and representing the Spanish military, commerce, and church

The inscription on this poster, El Generalísimo, refers to General Francisco Franco (1892-1975). Franco was one of the most prominent figures in the Spanish military during the late 1920s and 1930s; on July 17-18, 1936, he was one of the leaders of the military rebellion that led to the Civil War. On September 29, 1936, he was made Head of the Government of Nationalist Spain, and two days later he took on the role of "Head of State." 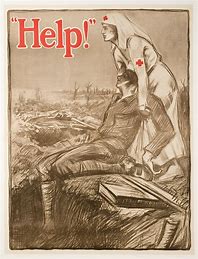