This guide provides resources that may help facilitate a discussion on the subject of racism. 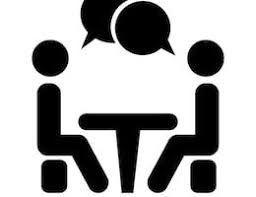 Racism is not new and has existed in one form or another in human society for millennia, and racism in the United States began long before the union was created.  It is important to understand that this racism is systemic and a lived experience for many people in the United States in general, but it also exists in California and the greater Bay Area.  For those who are Caucasian or white, racism can be a puzzling and difficult subject to think about and talk about.  Some Caucasian/white individuals are unaware that they enjoy invisible privilege/white privilege and have never really considered what benefits they enjoy in society because of this privilege.  It is important to begin unwrapping the thought processes and practices that have created an unequal society and begin conversations on what can be done to remedy this situation.

With this goal in mind, this guide includes recommended resources gathered from e-mails, listservs, social media, and other sources in an effort to consolidate materials and provide them in one place.  The hope is that this guide might provide materials that can help start frank conversations on such an important topic.

Due to current events and conversations, the present iteration of the recommended resource sections of this guide largely concentrate on racism that African Americans have experienced.  However, I consider this guide a work in progress and will continue to add resources over the next several weeks and months that relate to different ethnicities that make up our diverse community at NVC.  Please make sure to scroll down to see some introductory historical information.

At various points in the history of the United States and in California there have been practices and laws enacted that served to create a systemic and sustained racism, as well as movements and laws that sought to combat this ingrained racism.  Here are some dates of importance:

A Short Note on Colonial Mentalities

Societies have often created situations in which segments of the popular are consider "other" or "them," rather than part of "us."  When labeling that group "other," societal members in the "us" group then often feel as if they have permission to treat that "other" as less than they would treat members of the "us" group.  When this happens, "others" became equated with "things" in a process that Aimé Césaire called "thingification."  Those "things" then are mistreated, abused, and acted upon as if they are no longer human beings.  This is exactly what happened in the United States.  European colonists considered themselves "us" and everyone else as "other."  Such a philosophy lead to the mistreatment of several groups, and in California, this was especially true for Native Americans, those of Mexican descent, and African Americas, both slaves and freedmen and freedwomen, as well as the mistreatment of several groups of immigrants, including Chinese and Japanese immigrants.  In order to justify this situation of mass oppression, European colonists also had to provide a fictional narrative that would justify their intentions, and thus was born the damsel-in-distress idea that Gayatri Spivak so aptly describes in "When the Subaltern Speaks?" as, "white men saving brown women from brown men" (93).  In a larger context, "brown women" represents the feminization of "brown countries" and the idea that Europeans are "rescuing" these countries from the native peoples.  This is, of course, a fiction.  Yet, the idea of a saving a people from themselves still exists in the modern era and is one facet of racial discrimination in the United States.