The first step in beginning your research is to select a topic. Based on the time length of your speech and assignment criteria, choose a topic or issue you can clearly present.  Browse the list of topics available on EBSCO's Points of View database for some ideas.  Or, check out some of the links to websites pertaining to current events/issues.

A persuasive speech proposes to change a person's beliefs or actions on a particular issue. The presenter takes a side and gives his/her opinion on why something is good/bad, right/wrong, moral/immoral, or justified/unjustified. The topics tend to be debatable and the speech itself should have a convincing tone. While the objective is to sway your audience, it is important to have factual evidence to support your argument. Common examples of persuasive public speaking include:

Watch Out for Logical Fallacies in Your Argument

Watch out for logical fallacies in developing your argument: 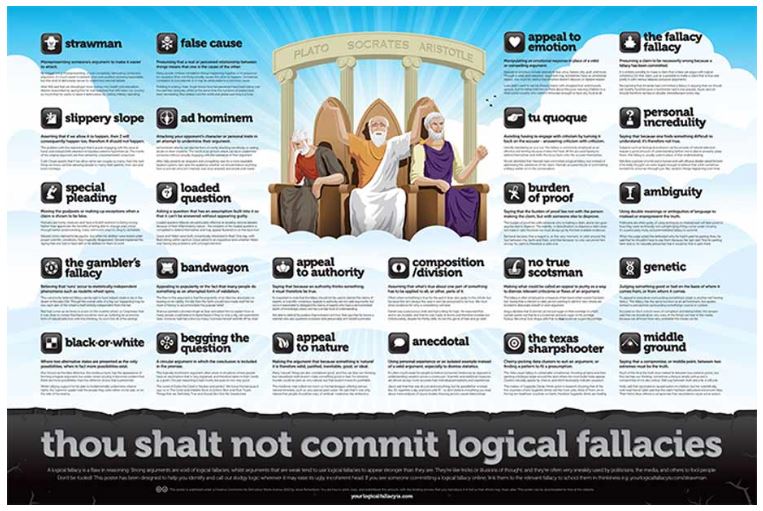 A full-sized poster of different logical fallacies can be accessed here.